Home / CCTV and many other media focus on intelligent manufacturing, Topstar again by the attention

CCTV and many other media focus on intelligent manufacturing, Topstar again by the attention 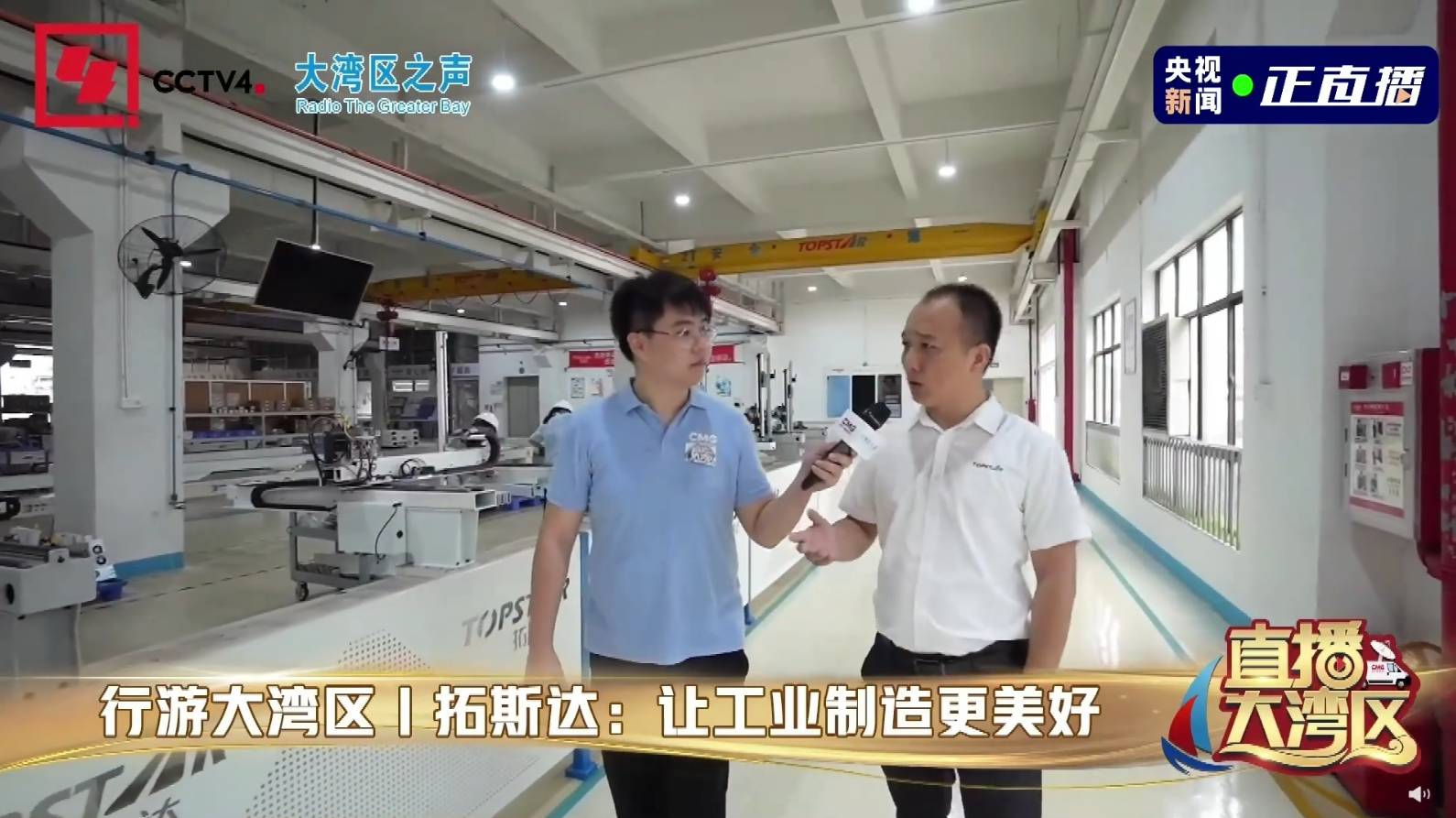 Recently, the development of the Guangdong-Hong Kong-Macao Bay Area has become a hot topic, and the “manufacturing city” Dongguan is also attracting attention. Topstar is one of the representative enterprises in the intelligent manufacturing field in Dongguan, to the Central Radio and Television, Guangdong Economic Science and Education Channel, the Information Times, and much other media attention reported.

01
CCTV “Live in the Bay Area” into Topstar, feel the charm of intelligent manufacturing

On June 26, 2022, the media report of China Central Radio and Television (CCTV) “Live in the Bay Area” was broadcasted in Dongguan. The program team visited the headquarters of Topstar to understand the exploration and achievements of Topstar in the field of intelligent manufacturing and to unveil the scientific and technological power of Dongguan from “manufacturing” to “intelligent manufacturing”. Accompanied by Mr. Zhang Peng, general manager of Topstar Robotics Division, Mr. Chen Haofu, a reporter from the central station, visited the headquarters of Topstar to understand the company’s founding intention and business layout, technical achievements and industry contributions.

At present, Topstar has SCARA robots, six-axis robots, Delta parallel robots, and collaborative robots series of products, to meet the customer’s import to domestic “low-cost” brand switching needs. In the exhibition hall, Mr. Zhang Peng showed the reporter the sandbox model of Topstar’s overall solution for intelligent factories. He said Topstar can not only provide manufacturing enterprises with industrial robots, injection molding machines, CNC machines and other intelligent equipment but also help enterprises to achieve intelligent factory planning for the whole plant. We can realize the full automation of the entire production process from raw material warehousing, production, assembly to finished product transportation and storage. In addition, we use digital management systems such as MES manufacturing execution system which cooperate with Huawei Cloud, and “Topstar Chain” equipment health monitoring system for data collection and intelligent analysis. This helps enterprises to manage factories more efficiently and conveniently, and improve the level of factory digitalization and intelligence.

Mr. Zhang Peng said that the development of Topstar can not be separated from the fertile ground of Dongguan, but also the opportunities and resources brought by the development of Guangdong, Hong Kong and Macao Bay Area. In the future, Topstar will strive to help manufacturing enterprises to achieve intelligent upgrading and help the high quality development of the manufacturing industry in the Greater Bay Area and the country.

On June 24, the provincial media “Information Times” launched a series of special reports on “the new journey, build a new era”, and published “Dongguan manufacturing 10-year review: from the “world factory” to “advanced intellectual capital” article. Topstar is a Dongguan-born and bred enterprise, in the wave of Dongguan manufacturing transformation and upgrading for the development of Dongguan intelligent manufacturing contributed to the strength.

Prev: What are Vertical Mixers and why you need them?

Next: Why should you buy nitrogen dryer?