Home / Learn what industrial automation and robotics is

Learn what industrial automation and robotics is 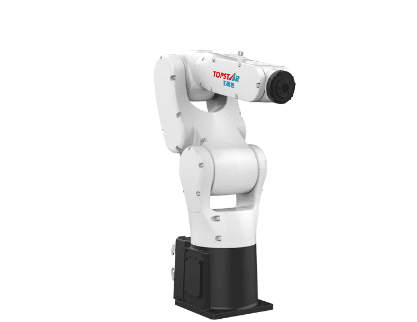 It’s easy to assume that industrial automation and robotics are the same, but they’re not. Industrial automation occurs when computers and machines enable people to perform tasks faster or more accurately than they could without them. Robotics refers specifically to devices that can execute complex physical movements without human intervention. It makes sense, then, that there are many benefits to each of these technologies: increasing efficiency and productivity and making your business safer.

What are industrial automation and robotics?

Industrial automation uses control systems, computers, and sensors to monitor, manage and automate industrial processes. Robotics is the branch of technology that deals with the design, construction, operation, structural disposition, and application of robots. Industrial automation and robotics are related but distinct. Robots are used in manufacturing as well as in other industries such as shipping and transportation (e.g., automated guided vehicles), healthcare (e.g., surgical robots), or consumer goods (e.g., vacuum cleaner robots).

This is because they are more affordable and easier to use and install than ever before. And it is more powerful and can perform tasks that could not be completed early.

Automation is a potent tool that can help businesses save time and money while improving efficiency. Many industries, including manufacturing and distribution, are already using automation. It allows companies to produce more goods or provide more services without increasing the number of employees required.

Industrial automation and robotics are about creating greater efficiency.

Industrial automation and robotics are about creating greater efficiency. This is done by reducing the need for manual labor, thus increasing productivity and reducing cost. Automation also helps to improve quality by improving consistency and providing better control over processes. In addition, safety is increased because there are fewer human workers in dangerous situations or working at high speeds.

Automation and robotics can help increase productivity by:

Automating tasks. For example, an automated machine could produce several products at once instead of one at a time. This is especially useful when there are different products with similar components. It also reduces the need for workers to do repetitive tasks that require little skill or training, allowing them to focus on more complex manual labor.

Reducing the time spent on repetitive tasks by combining multiple steps into one activity or process. For example, if you need to make four sandwiches at a time. But only two hands are available, and I don’t want them to burn when they wait in line. You can put the meat on four sandwiches before assembling. So when it’s your turn, they will be ready immediately! Another great benefit of this automation is. It helps to ensure the consistency of production projects by reducing the human error rate associated with traditional manufacturing processes.

Improving quality through increased accuracy and efficiency thanks mainly o its ability to improve safety conditions and injuries caused during production lines due to operatinoperatinguipment like conveyor belts powered by high-speed motors (which might otherwise cause serious injuries!). Plus, since robots don’t get tired easily either–it means less downtime between shifts too!

Robotics is essential for safety in some industries

Robots are often used where humans are at risk of injury or where a human can’t perform a task. This can be for many reasons:

The benefits of industrial automation and robotics go beyond the business bottom line.

Now that we understand industrial automation, robotics, and artificial intelligence, let’s look at how these technologies can benefit your business.

Reduce costs. Reducing costs is the most apparent benefit of industrial automation and robotics. These systems allow companies to produce more with less workforce, which can result in significant cost savings for businesses.

Increase efficiency. Industrial automation also allows businesses to operate more efficiently by increasing their production speed while reducing downtime caused by human error or accidents (e.g., worker injuries). This helps them meet consumer demand without overworking their employees or sacrificing quality control standards in exchange for efficiency—which is excellent news for customers who want products they can trust!

Automation and robotics can help create a safer and more efficient workplace.

In addition to being a huge time-saver, automation and robotics are essential for safety in some industries. For example, if you’re working in an environment with a risk of explosion or fire (such as a chemical plant), robots can help prevent these hazards from occurring. Another example is that automation and robotics play an essential role in the mining industry since they help keep workers safe when excavating dangerous materials like stone or metal ore.

In other industries, such as manufacturing or food production, automation enables companies to streamline their processes by eliminating repetitive tasks that take up a lot of time but don’t contribute much value for customers—which allows employees more free time on the job!

Prev: About robotics in injection molding

Next: About the function introduction of plastic injection robot