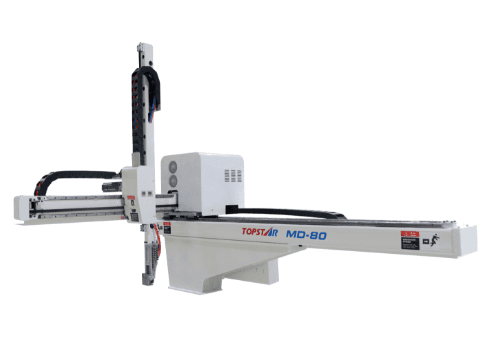 For years, injection molding machines have been run by hydraulic systems. However, there is a new technology that allows for the use of servo drives on these machines. Compared with the hydraulic system, this technology has several advantages and more suitable mechanical types.

What is a Servo injection robot?

The servo drive is a motor controller with high-resolution position, velocity, and torque control. Unlike conventional endeavors, a servo drive can operate over a wide range of speeds and torques while offering precise positioning and force control. Servo motors are very efficient compared to other engines because they work at a constant rate regardless of load or application requirements.

The most significant difference between the swing arm robot and the servo injection robot is that the former uses a fork end actuator (FE), which is controlled by the operator using cylinders connected to both sides of FE’s FE’s k. For example, CNC-controlled linear actuators, commonly used with most modern servo injection machines, are connected directly to the mechanical linkage below them (rather than through the cylinder).

Move back and forth according to the command of their computer controller because they automatically perform tasks. Without any human interference, monitor the progress until completion. So workers can strengthen monitoring when needed, instead of letting people watch the machine all the time – because only one person needs to monitor, not two different people working together. Therefore, Better workflow management by reducing downtime between cycles. Thereby potentially saving costs. At the same time, the number of people performing tasks is reduced, which means that the risk is reduced so that the possibility of accidents occurring soon is less).

Servo drives are a type of motor control system. Servo motors are exact and responsive, allowing the operator to make quick adjustments without worrying about the machine’machine’sn time. They also require less maintenance because hydraulic systems have fewer moving parts.

Servo drives are more efficient because they use less electricity than hydraulic systems, which means you can save money on your energy bills and reduce your carbon footprint simultaneously! Plus, servo drives don’t need any lubridon’tn or regular maintenance like hydraulic systems do, which saves you even more money in the long run!

Finally, Servo systems tend to last longer than other motors because they do not have too many moving parts. Because of the involvement of traditional methods, These components are not easily damaged.

The servo drive system uses less energy than a standard motor/brake combination and therefore has an overall lower cost of operation.

Servo drives are more efficient than traditional motors in many ways.

They have higher power density, which means they can generate more torque per cubic inch of volume or pound weight. Leading to smaller motors that require less space and weigh less but still generate the same amount of torque as larger conventional motors. This makes them ideal for use in small areas where every inch and ounce counts too!

Only one servo motor is required, decreasing the energy needed to run the machine.

You’re probably wondering what the big deal is about sYou’reotors. To understand why they’re so great, let’s compare them to hydraulic systems:

Servo motors are more efficient than hydraulic systems because they have a higher acceleration rate. You can move your robot faster with less force (and, therefore, fewer pumps) than you would need with a traditional system.

Servo motors also offer more accuracy than hydraulics because they have zero backlashes. That means no lag in motion as the engine moves from position A to B (or back again).

Compared with a hydraulic system, a servo drive allows faster response time. Higher acceleration and deceleration, and higher accuracy. It also eliminates the need for external pumps and reduces maintenance and repair costs. The servo motor is independent in its housing, so all components are protected. It is not affected by dust or moisture, which will lead to corrosion over time.

This means that in a harsh industrial environment, for example, on oil drilling platforms or construction sites. When buildings are built with wood (such as plywood), there may be water in cold months, which means it will last longer than the motor. After processing, cut 2 “x4” sections of wood. Laser measurements at 2 ‘x4’ intervals using a wall-mounted laser line laser. It will fill every room, so when the workers come back later. They don’t know how much time has passed since they left earlier today – which is reasonable. Because, according to science, everything is faster than light except photons. But even so, their speed will also slow down because of the friction between photon surfaces.

As stated above, servomotors are more responsive than standard motors because they have no physical connection between the motor shaft and load-bearing parts of their systems (e.g., pump pistons). This means that any time there is a change in the position of either part of this system, there will be no lag time between when one part moves relative to another. Therefore, these drives respond immediately!

Many manufacturers are seeking to upgrade their machines with this technology

Servo drives are a relatively new technology in the injection molding industry. Many manufacturers are looking to upgrade their devices with this technology, as it can help them increase productivity and improve quality control. The benefits of upgrading your machine include the following:

The development of the Servo injection robots continues

The injection molding industry will likely use more servo drives in their machines. This technology has many benefits that can increase productivity and reduce costs for manufacturers. In addition, this technology can provide an increase in performance without adding an excessive amount of maintenance to an existing machine.

Next: Select the suitable injection molding machine for your enterprise