Topstar Star Club: 100 experts to explore the process of localization of a five-axis CNC machining center 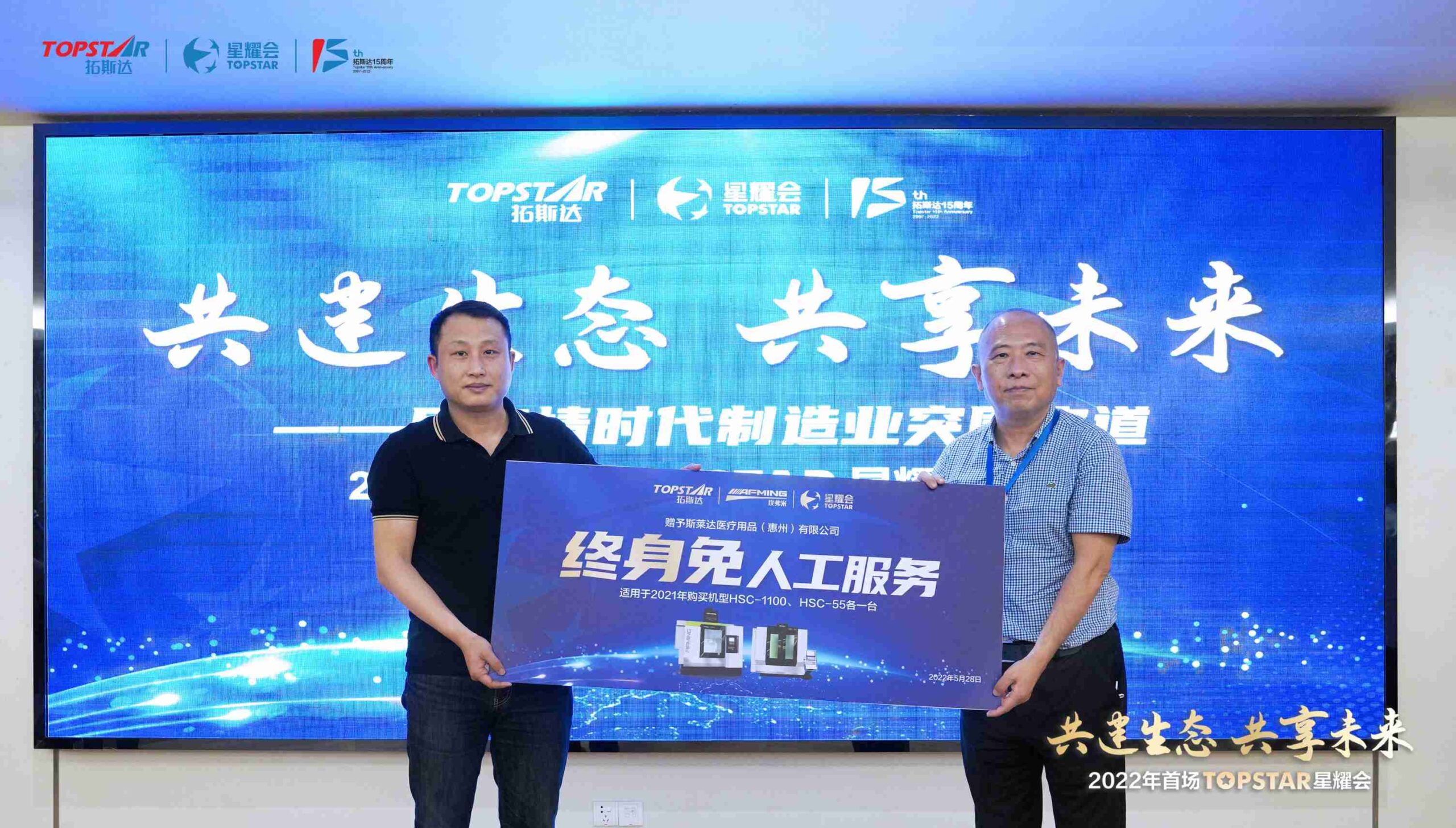 On May 28th, the first Star Club event of 2022, “Building an ecology and sharing the future – the way of a breakthrough in the manufacturing industry in the post-epidemic era,” was held at the headquarters of Topstar. Guangdong Machinery hosts this Star Club and Mould Technology Promotion Association, undertaken by Guangdong Topstar Technology Co., Ltd., and co-organized by Dongguan AFMING Numerical Control Equipment Technology Co., Ltd.

One of the initiators of the activities, Topstar Business Center General Manager Zhang Jian, said in his speech that the “Star Club” of the “star” does not refer to Topstar (TOPSTAR) but refers to star customers, star technology, star cases. Star Club created an open communication and cooperation platform, and the activities theme focused on manufacturing development. In addition to providing manufacturing enterprises with intelligent manufacturing transformation and upgrading ideas, but also share corporate resources and promising technologies to achieve expected growth and win-win cooperation.

AFM is one of the few domestic manufacturers of five-axis CNC machine tools with independent core technology and is also the holding subsidiary of Topstar. The founding team has been developing CNC machine tools for more than 20 years and now has a series of core technologies and core products. The key technologies of core components such as the spindle, rotary table, and pendulum head have been independently controllable. They are widely used in aerospace, military, automotive, medical, and other precision mold parts processing fields.

The activities also invited Zhao Chunyu, general manager of Silaida Medical Supplies (Huizhou) Co., Ltd., to share. Salida is the first customer to cooperate with Topstar to buy AFMING CNC machine tools. Mr. Zhao said he had concerns about the performance of domestic CNC machine tools at first, but since using AFMING machine tools for more than a year, he felt it was worth the money. Subsequently, Topstar presented Slida with a “lifetime labor-free service” preferential policy as a token of appreciation.

The atmosphere at the activities was warm and climactic, and the beautiful speeches won a burst of applause. At the end of the activities, the guests went to AFMING to visit the production workshop to experience the robust and accurate milling performance of the 5-axis CNC machine. Let’s look forward to the following Star Club activities.

Prev: How does an injection molding machine achieve a daily production of 200,000 sets of antigen self-test kits? 

Next: Chen Wenming, secretary of the party group and chairman of the CPPCC of Dongguan City, visited Topstar for research